The Partagas name is among the most famous and recognizable cigar names in the world.  With a rich history more then 160 years old, the brand first got its start as a Cuban premium.

This famous brand originated in 1845, not long after Jaime Partagas sailed from Spain to Cuba. Yet the greatest chapters of Partagas history were written by two other men, Ramón Cifuentes and the son who was named after him. Whether working together or alone, it was those two great cigar masters who made Partagas the leading Cuban cigar.

In 1961, two years after Fidel Castro had seized control of the Cuban government, Ramón Cifuentes was forced to flee the island. Seventeen years later, however, he succeeded in creating his Partagas cigars again, this time in the Dominican Republic, where the unmatched Cifuentes tradition of cigar making remains alive and well.  Indeed, Ramón Cifuentes determined that he could begin producing his Partagas cigars again only after he had discovered, years after the Cuban embargo had begun, that the best wrapper leaves were being grown in Cameroon rather than Cuba 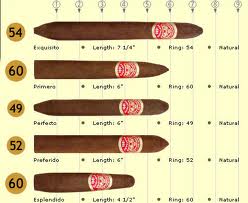