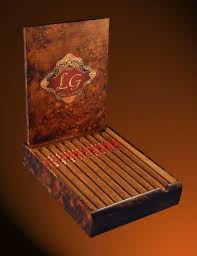 La Flor Dominicana (Dominican Flower) is a “boutique-style” Cigar brand manufactured by Tabacalera La Flor S.A., a company started in 1996 in Santiago de los Caballeros, the Dominican Republic. The company was started and is currently owned by cigar maker Litto Gomez Diez, who was called by Cigar Aficionado “arguably the most innovative mind in the cigar business. Gomez, a jeweler-turned-cigar maker started the business after his jewellery store in Miami was robbed by armed men at gunpoint of about $400,000 worth of jewellery. Today the company’s factory is based in Tamboril, Dominican Republic, in the Dominican Republic.

The brand was first known as Los Libertadores and according to Gomez, it took him 15 to 20 years to refine his cigar making process and bring the brand to where it is today. The name of the brand was inspired by the flower of the tobacco plant which signifies that the growing cycle is complete and the plant is ready for reproduction. In 1999 the factory produced about 2.5 million cigars, up from 2.4 million in 1998 growing substantially from the 300,000 cigars produced in the first year of operations. Subsequently the company made 1.5 million cigars in 2004, 1.9 million in 2005 and 2.9 million in 2006. It likely surpassed the 4 million cigar mark by the present time.

In the beginning the company only focused on growing binder and filler tobacco however in 2002 they started cultivating shade grown wrapper; sun grown and encallado are also grown to satisfy binder and filler production needs.

In 1999 the company had a serious fire in the cigar room at its factory and according to Gomez, the company lost about 400,000 cigars.